Each player will receive:

*Parents are more than welcome to listen, record, take notes and ask questions during all of the sessions.

*Players should wear shorts or baseball pants (no spikes).

Minnesota Baseball Academy is proud to announce their ELITE PITCHING lessons from some of the top pitching instructors in Minnesota. For 2015 ELITE PITCHING, will be broken up into three sessions.  Each session will span 4-5 weeks, covering eight 2-hour workouts. This program has been created to mold and enhance pitchers for the upcoming high school season and college.

Adam Barta is the owner and Lead Pitching Instructor at Minnesota Baseball Academy.  Barta has worked with some of the top pitchers to come through Minnesota such as Madision Boer (Oregon/Twins), Logan Shore (Florida/Twins) and Chase Hentges (K.C. Royals) has been a private instructor to over 50 Division I pitchers since 2003.  Barta also works as an Associate Scout for the Chicago White Sox.

Al Newman is well known for developing some of the best minor league players into big leaguers - especially through the Minnesota Twins organization.  'Newmie' will be advising, teaching and mentoring all pitchers in the Elite Pitching Program the same way he did when he was with the Minnesota Twins.  His knowledge from a minor league manager and a major league coaches' point of view will be something you won't be able to recieve anywhere else.

*Due to both spring training and college season, instructors schedules may vary from week to week.

This 8-session program is a results-driven program to gain knowledge from some of the top prep and professional athletes to ever pitch in Minnesota and will cover all aspects of pitching including:

As we all know there are two sides to pitching.  One side – pitching mechanics.  The other – arm care and strength!

That is why we dedicate one half of every session to arm care, preventative injury exercises and a core strength component.  Steve Kraushaar, our onsite Physical Therapist, will work with each pitcher for 30-45 minutes to grow and maximize strength and potential velocity from each pitcher. 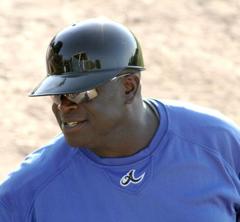 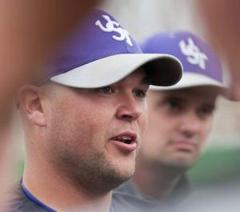 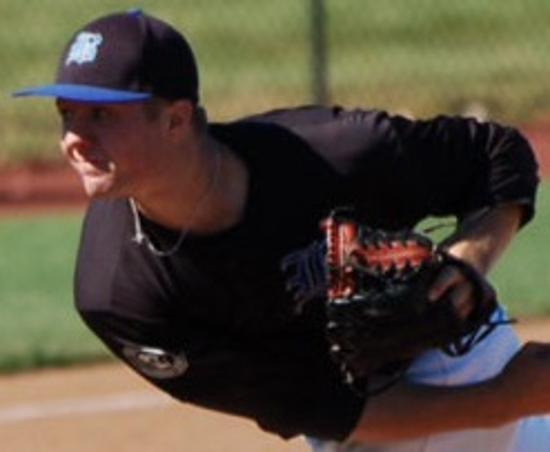 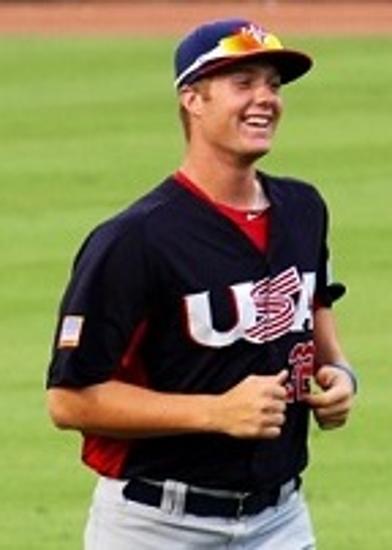 Logan Shore, a Coon Rapids native, was drafted in the 30th Round and named Minnesota Gatorade Player of the Year in 2012.  Shore, who was voted SEC Conference Freshman of the year at the University of Florida also played for the Chicago White Sox Area Code team in 2010 and 2011.  Logan has been a part of the Minnesota Baseball Academy since the age of 13.

"I first started to work with Adam Barta in 2006 and I could tell from the start that working with him was going to be a positive experience. Working with Barta provided me with one on one coaching for pitching that I had never truly had before. He taught me and stressed the importance of taking care of your arm, throwing strikes, and commanding your off-speed pitches for strikes. Along with the physical skills that he worked with me on, he also helped me to learn the mental side of the game. We would talk for hours on different situations and what pitches need to be thrown in certain counts. Adam truly has made an enormous impact on me both on and off the field. I owe a lot of credit to him for where I am today and could not be more thankful for everything he has done for me.

Another perk I learned of from being a part of the Blizzard family is getting to know Jeff Lahti and Steve Kraushaar. They both work with a physical therapy company named Viverant Sports, which work out of the Minnesota Baseball Academy facility in Vadnais Heights, Minnesota. The last couple years of high school baseball, I was battling some injuries and I was introduced to them for help and they got me back playing faster than I could have thought possible. They know exactly what they are talking about and are true professionals in what they do. One thing I especially liked about working with Jeff and Steve is how personable they are. They truly care about rehabilitating you back to full health and work to keep you healthy in the future. Because of them I was able to have a healthy senior season, which helped me to accomplish some of my goals I set for my senior season." 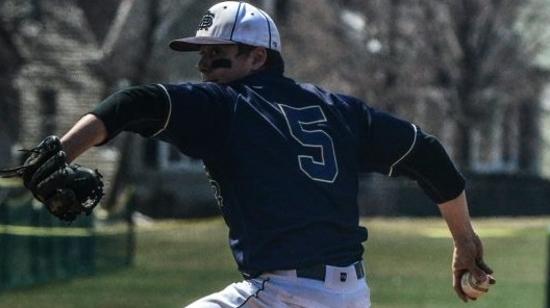 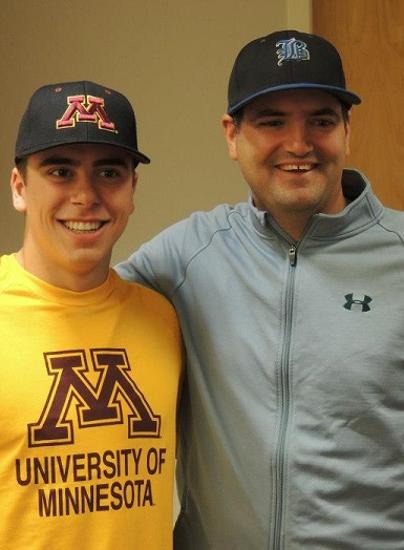 Fiedler and Barta on Signing Day 2012

Matt Fieder is a true freshman at the University of Minnesota and been a part of the ELITE PITCHING program since 13 years old.  At 5'9", 170 lbs, this RHP Gopher was upwards of 93mph the fall of his freshman year.  Matt was the first-ever Minnesota Blizzard player to sweep season-ending awards earning MVP, Top Pitcher Award, the 'Joe Loftus' Top Hitter and 'Jake Kuschke' Leadership Awards.

"I’ve had the privilege to be apart of the Minnesota Blizzard and Minnesota Baseball Academy since I was 13 years old. During that time, I’ve gotten to know Barta and the other MBA instructors very well and I am confident in saying that they are the best group of coaches anywhere in the Midwest.

When I first joined the program, I was average in every aspect of baseball. My physical skills were nothing special and I struggled with the mental part of the game. The lessons I received from Barta changed everything about how I approached baseball. His instructions of my mechanics, both pitching and hitting gave me the skills to be very successful. But, even more importantly, he taught me how to THINK about the game of baseball.

I am now a middle infielder and pitcher at the University of Minnesota because Barta helped give me the baseball IQ to separate myself from my peers. That, in my opinion, makes him and the Minnesota Baseball Academy an extremely special organization. If you want to maximize your potential and become a better baseball player, you can’t find a more fiercely loyal, highly intelligent and dedicated program than MBA. I will be forever grateful to Adam Barta. Thank you for everything you have done for me." 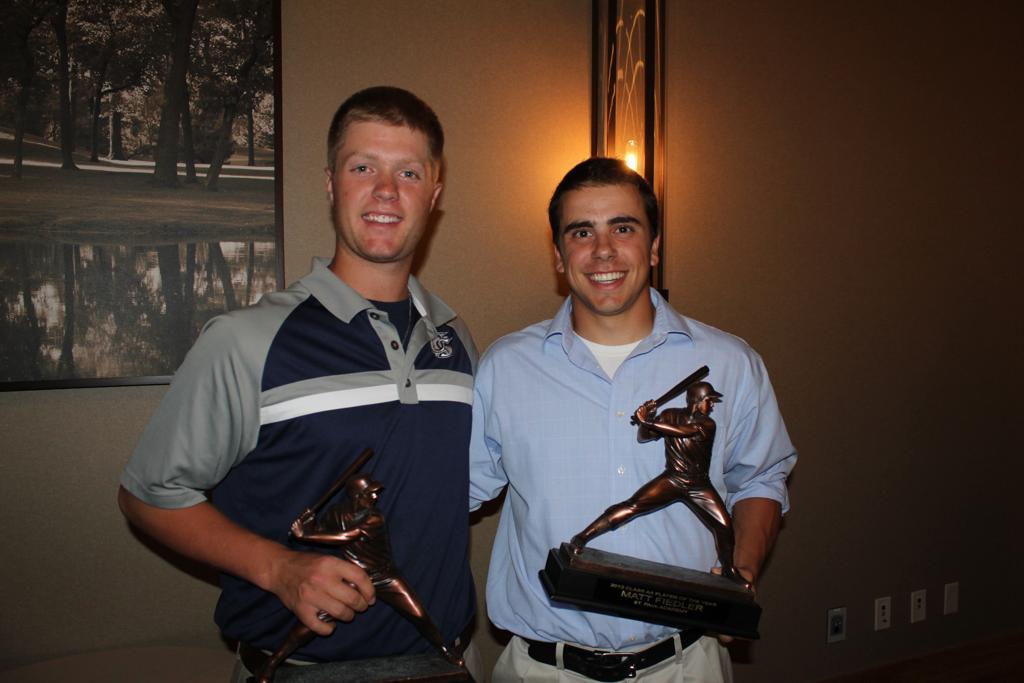